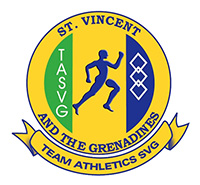 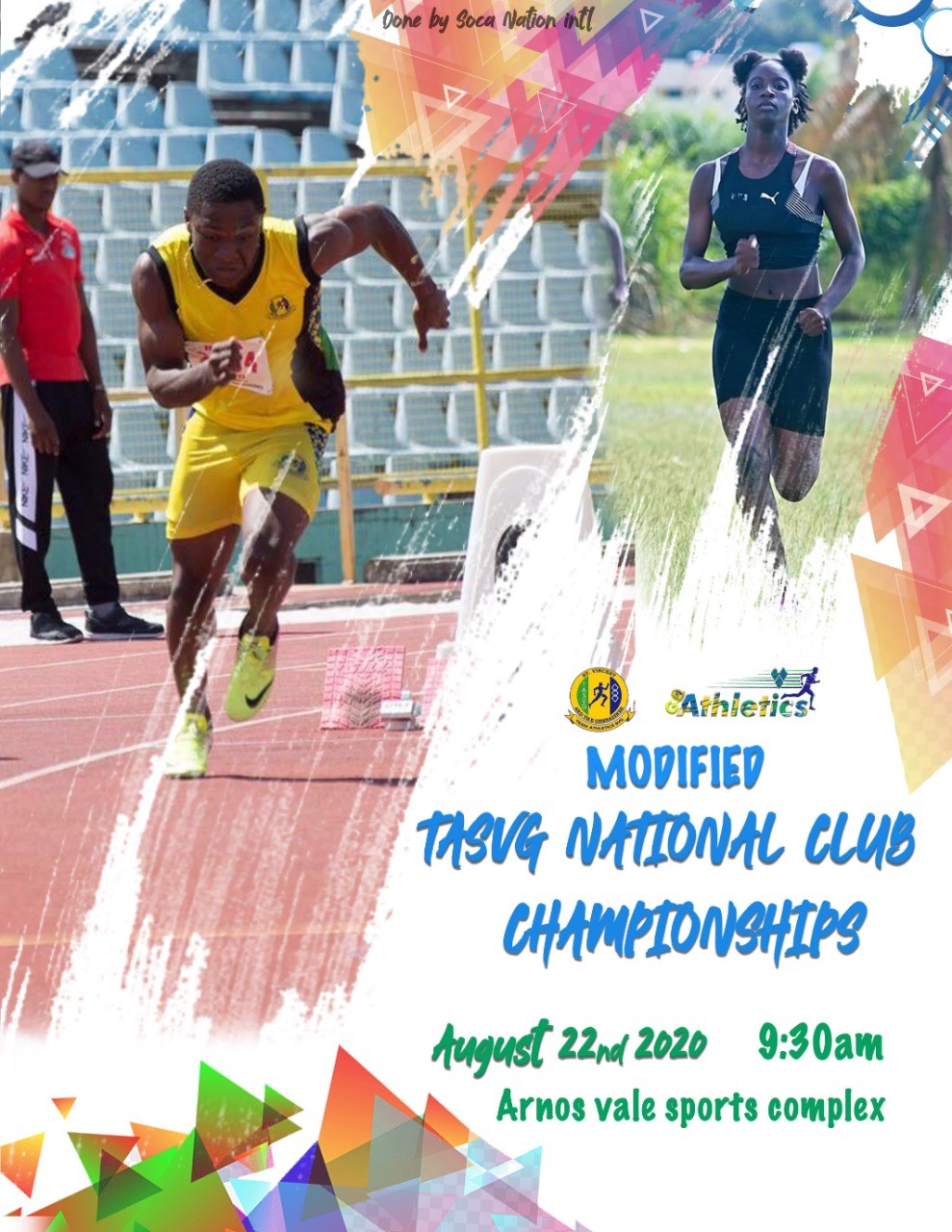 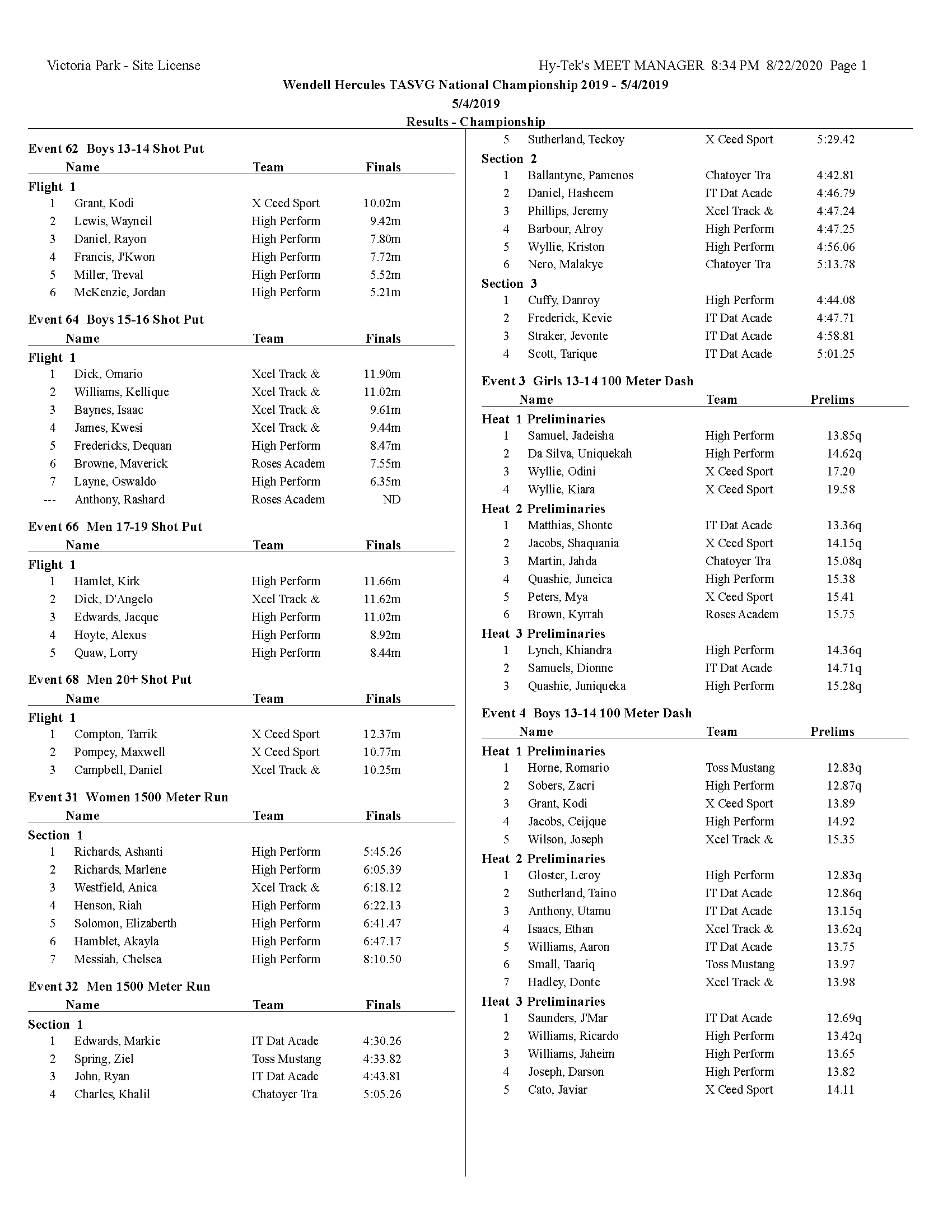 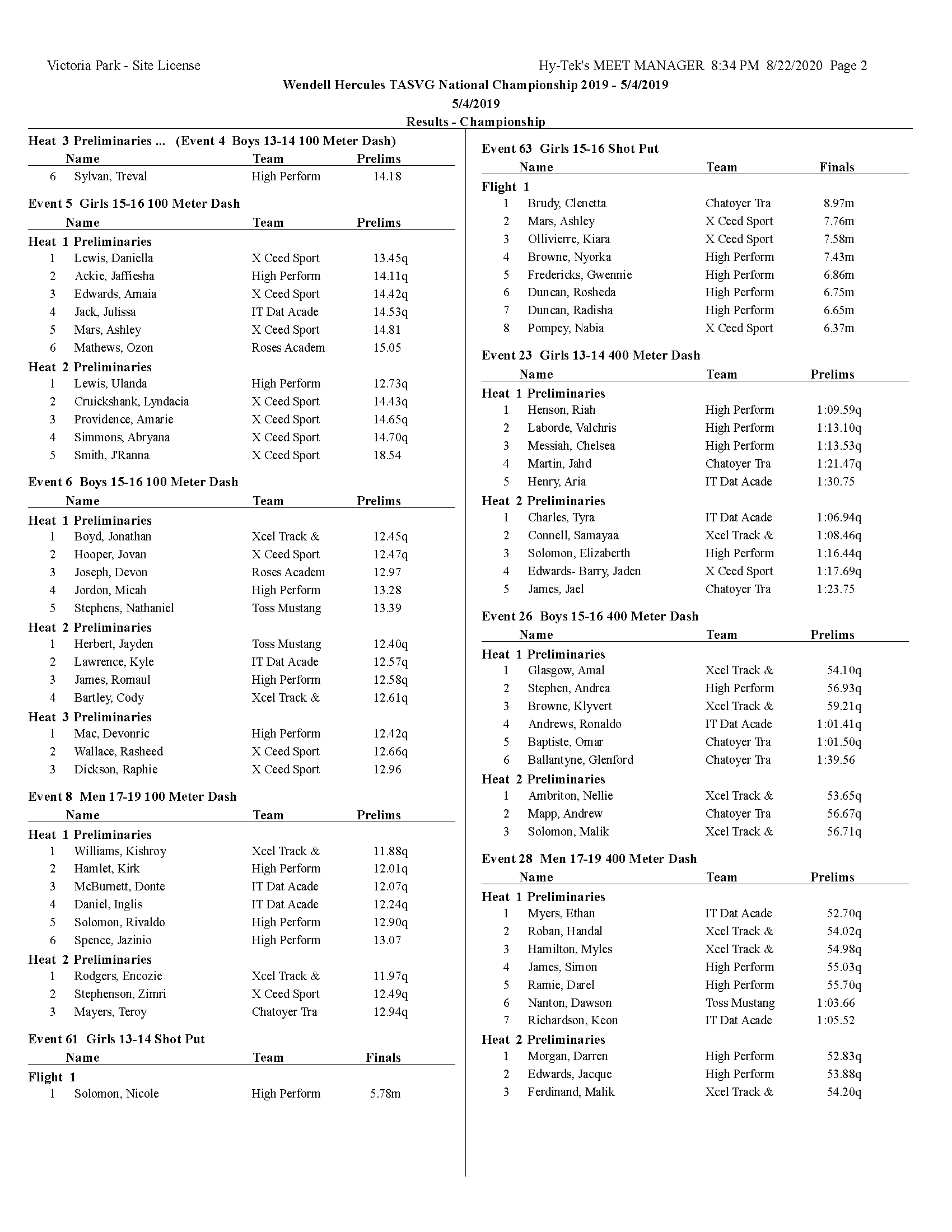 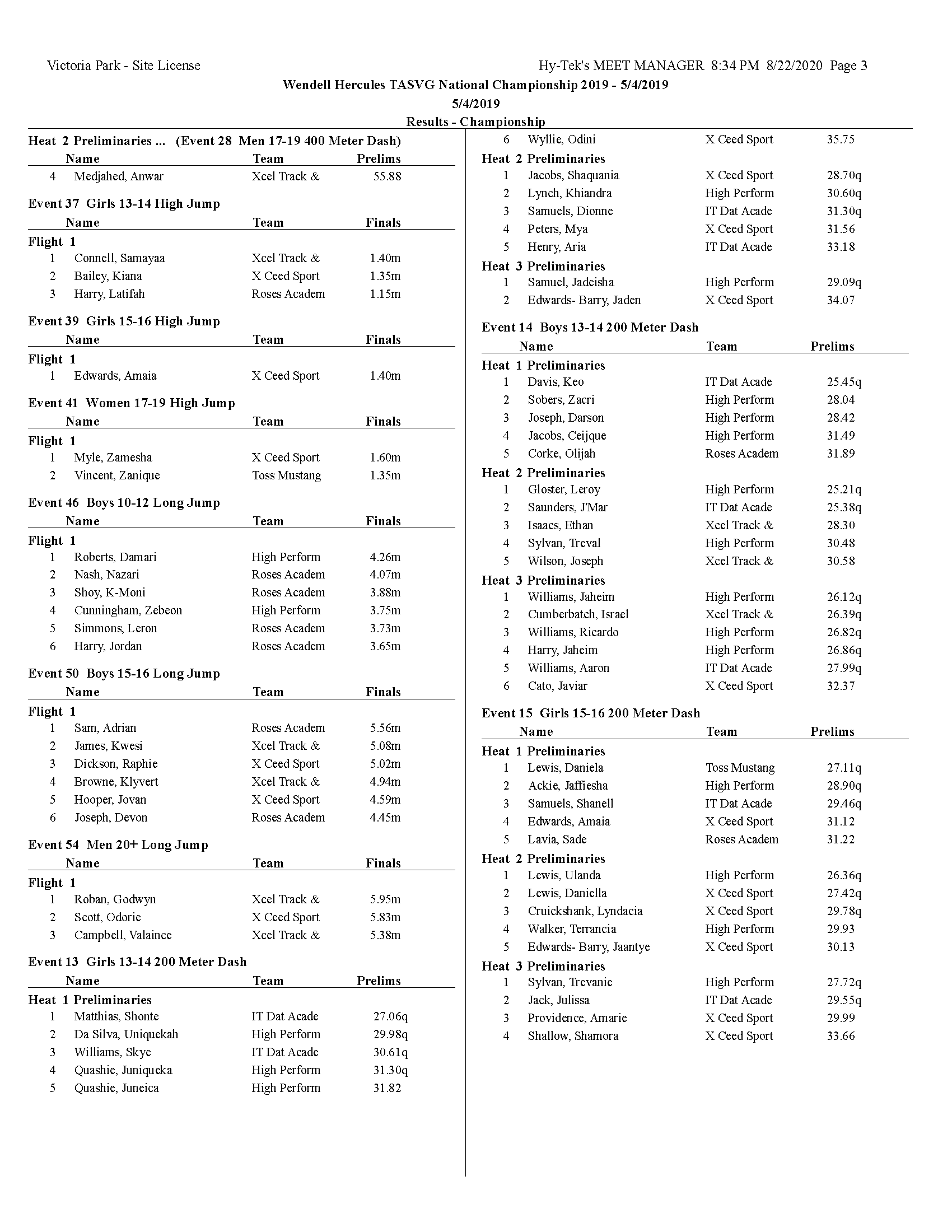 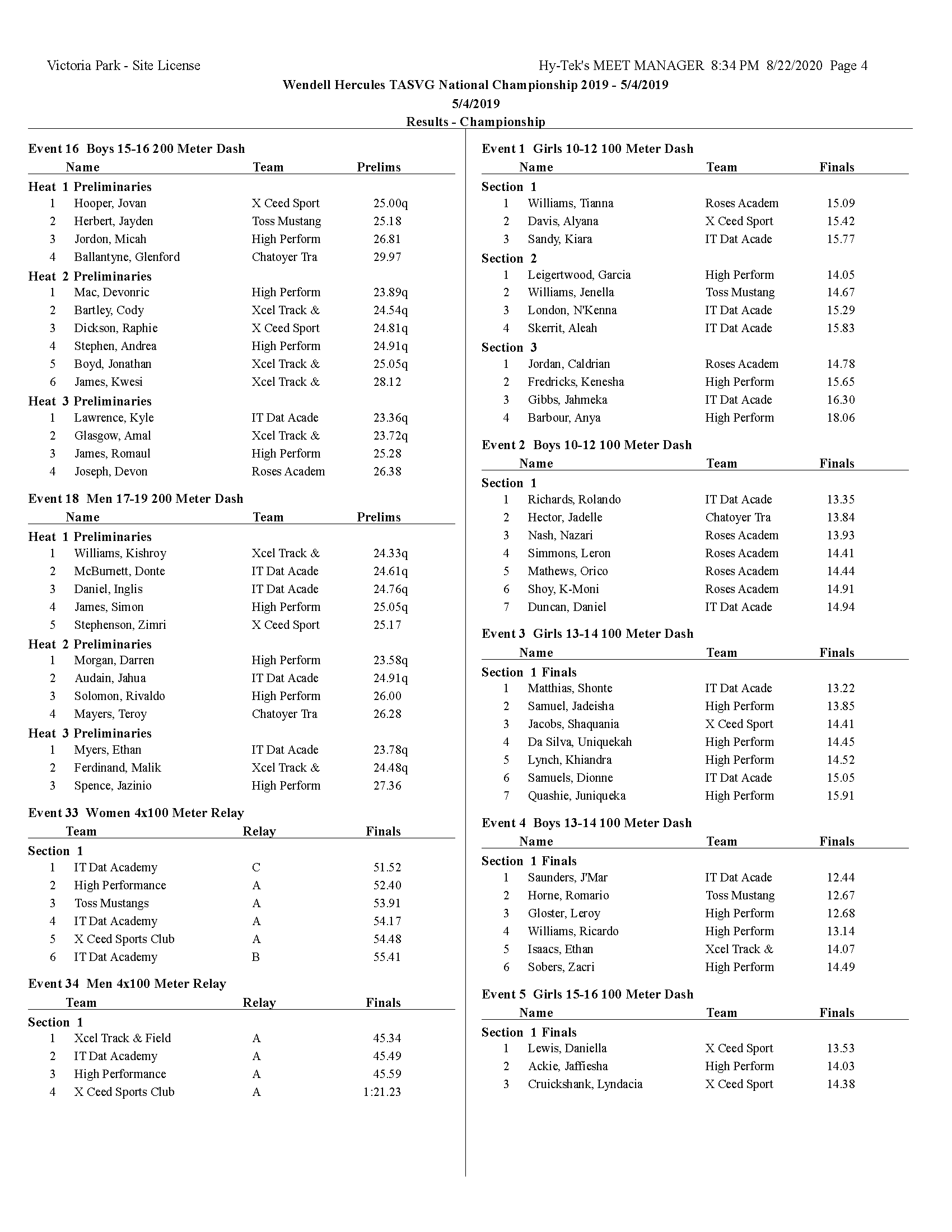 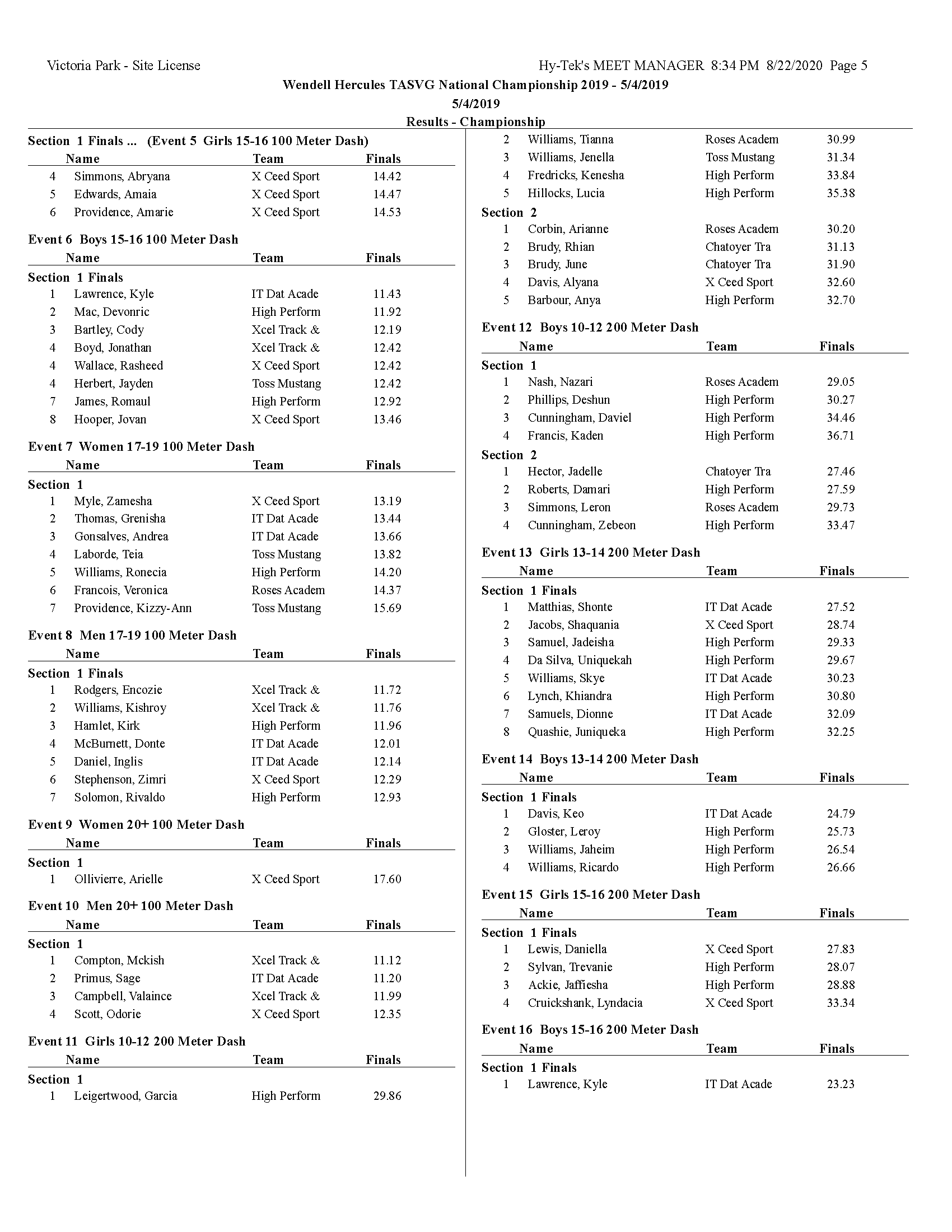 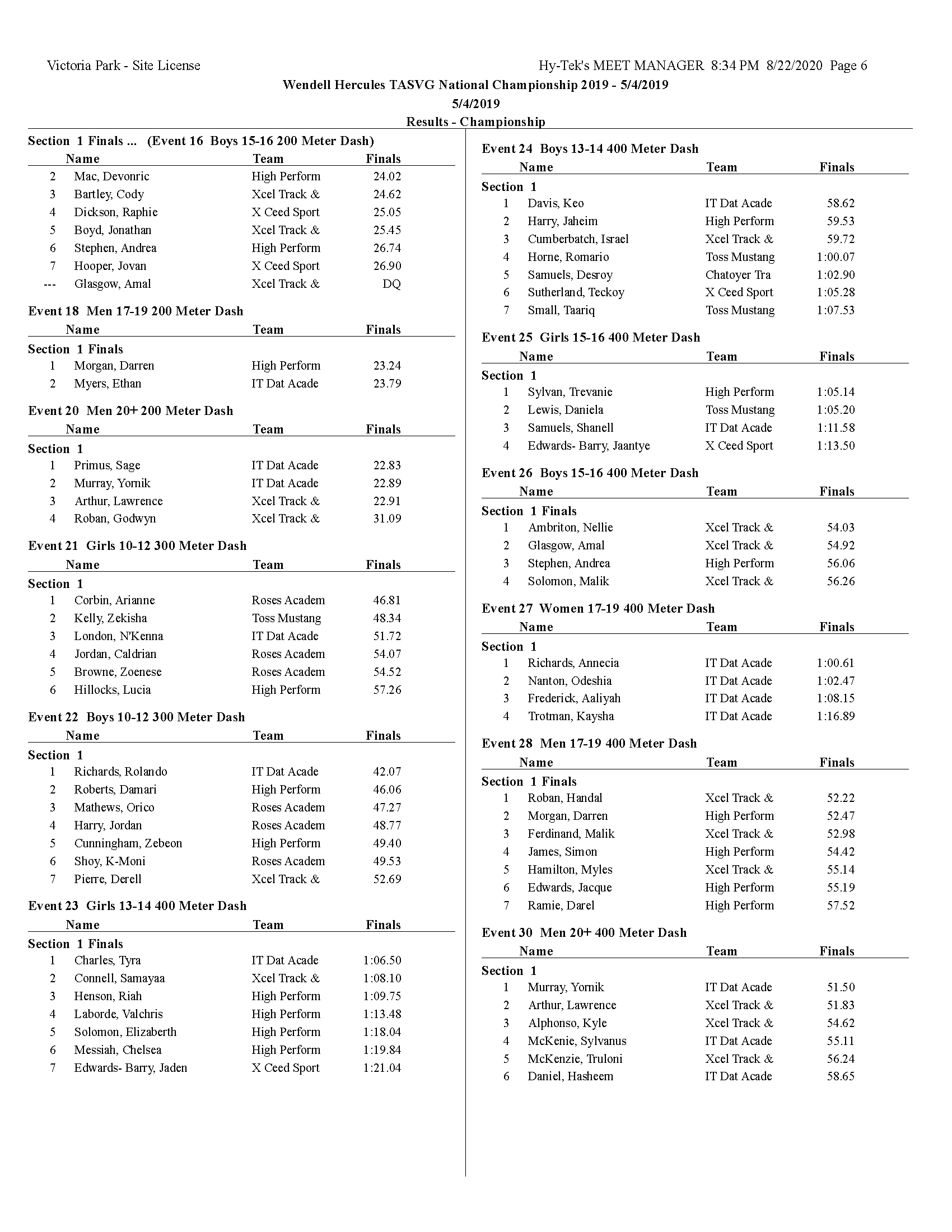 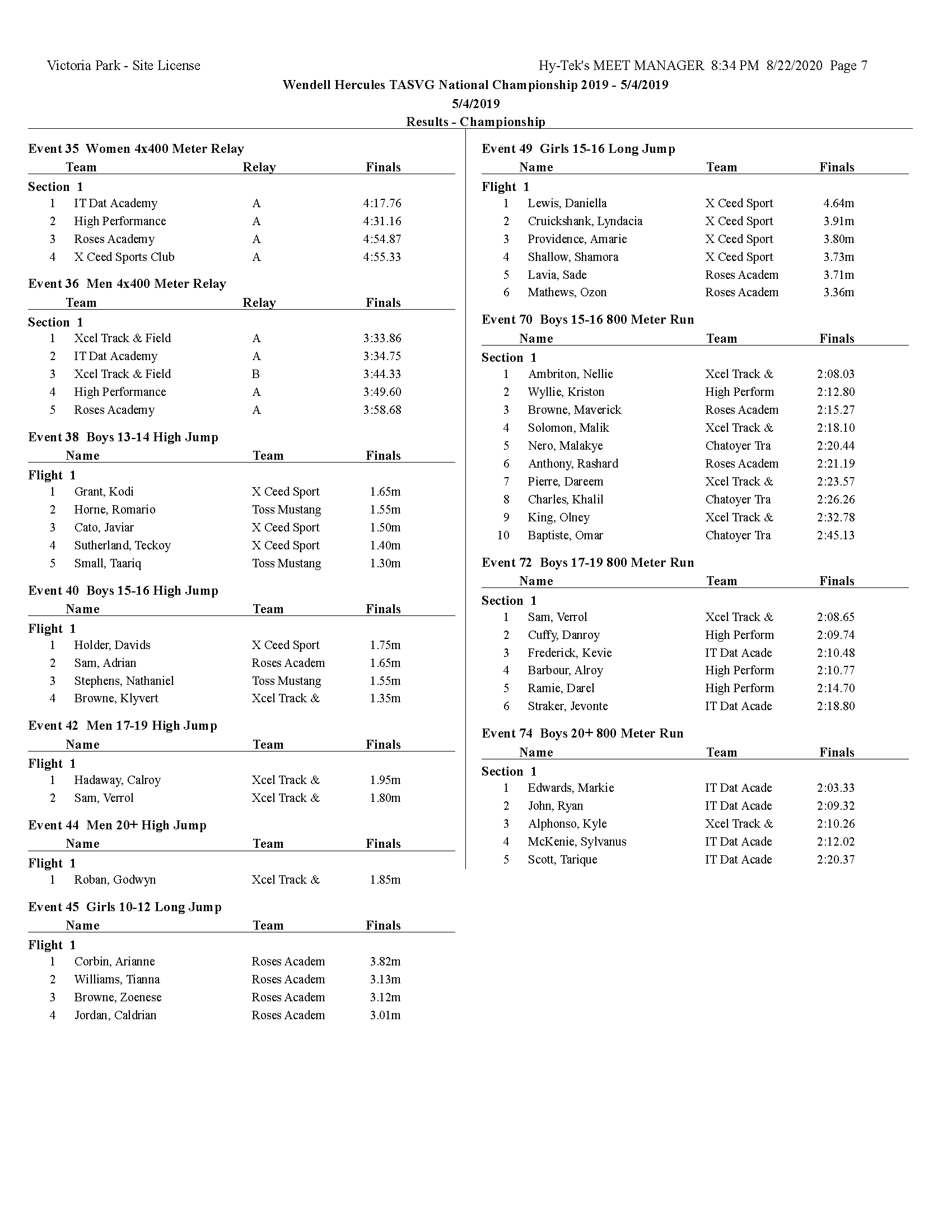 The University of Texas Longhorns Track and Field programme won eight individual events and one relay at the FasTrak Collegiate Opener on Saturday (7 Dec), their first meet of the 2019-20 indoor season. The Longhorns also set nine personal bests at Yeoman Fieldhouse in Houston.In the women’s 60-metre dash, Saint Lucian sophomore Julien Alfred was the fastest in the preliminaries with a personal-best 7.18. She ran 7.23 in the final to stand atop the podium and was six-tenths of a second faster than second place. A product of Leon Hess Comprehensive Secondary School in Saint Lucia and St Catherine’s High in Jamaica, the 2017 Commonwealth Youth Games 100m champion has definitively declared herself in the early going.

APR 21 2017 – The Thomas Saunders Secondary School is located at Richmond Hill, in the heart of capital Kingstown, St. Vincent and the Grenadines. It was founded in 2005 as an initiative by the Government to introduce universal Secondary education. The school is housed on the renovated premise that formerly housed the Richmond Hill Primary School.

It is of no surprise that the Thomas Saunders Secondary School, under the able leadership of its principal Mr. John Renton and the school’s Physical Education teacher – Mr. Godfrey Harry, created History for St. Vincent and the Grenadines by becoming the first school from the Island to participate in the prestigious Penn Relays. In 2011, seven (7) male Island boys represented the Thomas Saunders Secondary and St. Vincent and the Grenadines. The athletes participated in the 4x100m and the 4x400m events.
The National Lotteries Authority and tremendous support from the Vincentian community in the United States led then by Mr. James Cordice, along with fundraising ventures and gifts from well-wishers accounted for the school’s participation at the relays.

The past week proved to be a very good one for sport in St Vincent and the Grenadines and reflects the immense potential of our athletes. The challenge may well be for the necessary work to be undertaken to realise the full potential resident here.   Windwards U-19 Cricket For those at home the Windward […]

Are athletes being asked for too much?

The annual Inter Primary Schools Athletics Championships (IPSAC) and the Inter Secondary Schools Championships (ISSAC) are upon us. The Heats for both events have already taken place. With the nation’s premier track and field facility at Arnos Vale being occupied in preparation for Cricket and then the FIFA World Cup second round preliminaries, the athletes […]

It was bound to happen sooner or later. The world of track and field athletics was, at some point, sure to become the focus of global attention in respect of the way in which it treated athletes who, by their actions, threatened to bring the sport into disrepute. For much of the past few years […]

The St Vincent and the Grenadines Olympic Committee has announced plans for the observance of Olympic Week 2015.

XCEED Athletics Club, led by coach Godfrey ‘Fuzzy’ Harry, captured its second consecutive TASVG National Championships title when the curtains came down on the event at a heavy Arnos Vale track on Sunday 31 May.

On Saturday last Team Athletics St Vincent and the Grenadines held its Annual Awards Ceremony at Frenches House, Kingstown. On yet another occasion the invitations clearly stated that the dress code was formal.

Back, back and further back

The athletics season is in full swing. Over the past several months the numerous primary and secondary schools spread across this beautiful nation of ours have been engaged in the conduct of their annual athletics competition.

Bowling Out AIDS in SVG

Canadian expert, Colin Higgs, who, several years ago assisted the National Olympic Committee in establishing the country’s National Sport Policy, was in the State again on Wednesday 12 and Thursday 13 February respectively.

Vincentian athletes and coaches are currently beneficiaries of the expertise of Grenadian Throws Coach, Paul Phillip.